If you've got a few hours to spend in Downtown Los Angeles (DTLA), you can easily cruise by six historic places that are located within a few blocks of each other! One of the many things I (Lara) love about DTLA is that everywhere you look you will see a piece of the past, and many buildings have been beautifully renovated and are enjoying an awesome second act. Wear some comfortable shoes, bring your water and sunscreen, and have fun! And for some terrific tours (self-guided and with an actual guide), check out the Art Deco Society of Los Angeles and the Los Angeles Conservancy. Also, I cover 30 Old Hollywood-inspired places in my book, FROM THE CORNER OF HOLLYWOOD AND DIVINE. 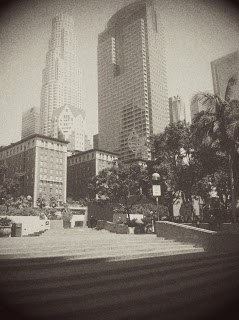 In the early 1900s, Pershing Square (which is exactly a block in size) was known as Central Park and filled with trees. Now, it is mainly concrete and the site of many musical performances and events, with a cool fountain in part of the park and playground areas for the kiddos. Le Pain Quotidien, Tender Greens, and Pitchoun! French bakery are in the nearby PacMutual Building; you can grab a bite to eat and enjoy it in the park while soaking up some sun. 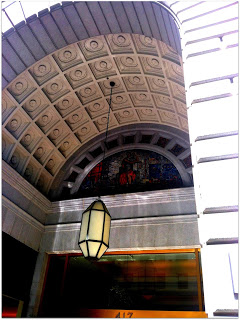 Opened in 1926, the Subway Terminal Building once had 65,000 people passing through it each day! It was part of the Pacific Electric Railway system, and this line allowed people to bypass the busy streets of Downtown Los Angeles. Yes, even in the 1920s people were complaining about the traffic! The tunnel has been filled in for decades now, but the Italian Renaissance Revival building has found new life as Metro 417, a luxury apartment building.

3.  Grand Central Market 317 Broadway
Grand Central Market first opened in 1917 on the first-floor of the Homer Laughlin Building (architect Frank Lloyd Wright once had an office here), and offered the finest open-air shopping experience in Los Angeles. The wealthy folks that lived in the nearby (now demolished) Victorian mansions at the top of Bunker Hill would ride the Angels Flight Railway down the hill, pick up what they needed, and take the little train back up the hill. Today, you'll find restaurants, produce vendors, and specialty stands (we even spotted an herbal pharmacy). This is where you can fuel up with some strong java, and there are also public restrooms downstairs. 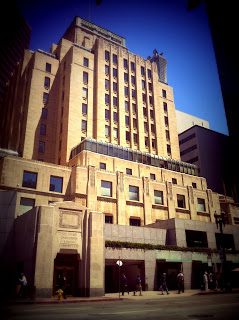 Opened in 1931, this building features a classic Art Deco design, with setbacks, recessed and symmetrical windows, and strong vertical lines (representing progress). Also, as a nod to progress, there are decorative panels at the entrance with carved figures representing light, power, and hydroelectric energy. This was one of the first buildings in the U.S. to be electrically heated and cooled, which was life-changing in scorching DTLA in the summer. 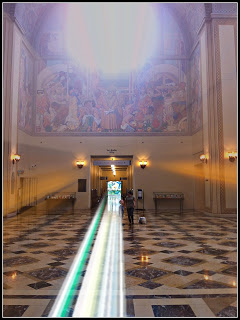 Opened in 1926, the Central Library is still stunning, and most people would probably say that its most recognizable exterior feature is the pyramid with suns on each side. In addition to a full-on Egyptian influence, you will see lots of Art Deco details. And things just get better inside, with murals depicting the history of California, ornately patterned floors, and an art gallery. Check out the library store, café area for some fresh-squeezed juice, and (if you have kiddos) the wonderful children’s section complete with a puppet show theatre and tiny toddler amphitheatre. 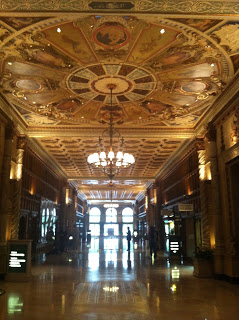 Opened in 1923, the Biltmore Hotel (as it was originally known) is a wonderful hodgepodge of styles, from Mediterranean to Beaux Arts to Spanish-Italian Renaissance Revival. Between the crystal chandeliers, wood-beamed ceilings, frescos and murals, gorgeously embroidered tapestries and drapes, and a ton of bronze and gold, it is no wonder that the Biltmore hosted the Oscars in the ceremony’s early years; in fact, the Academy of Motion Picture Arts and Sciences was founded at a luncheon here in 1927.


Walk through the Galleria that’s just off the lobby, and descend the large staircase into the hotel’s Rendezvous Court, which was the Biltmore’s original lobby. There’s a gently gurgling fountain in the middle of the room; this is where afternoon tea happens in the afternoon. I recommend making a reservation and getting your hands on some homemade scones and clotted cream!

Walk out the back doors of the Biltmore, and there’s Pershing Square! You’re right back where you started.
Posted by Lara Scott at 12:40 PM 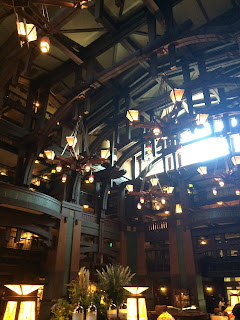 My kids (ages six and one) and I recently stayed at Disney’s Grand Californian Hotel & Spa for the fourth time, and I swear it just keeps getting better. Besides the obvious convenience of being right at Disneyland and Disney California Adventure, the hotel is an attraction unto itself. With the famous Disney Magic in full effect at the Grand Californian and so many fun things to do, you might find it hard to pull yourself away to hit Hyperspace Mountain and Small World!
Here are 10 things my kiddos and I flipped for at the Grand Californian, although I could have easily listed 50:

1. There are old-school Disney cartoons playing on a little television in the lobby, complete with tiny chairs and rocking chairs. If it takes a moment to check in, the children will be happy to hang out here and watch Goofy, Donald, and Mickey. 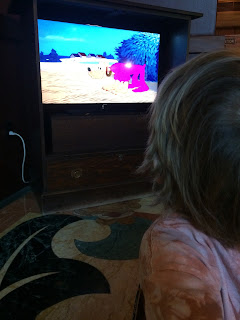 2. The gorgeously open lobby. My six-year-old said, "It looks like you can see all the way to Heaven!" Add a piano player playing classic Disney tunes like “Part of Your World,” and you will definitely be transported to Disney Heaven. 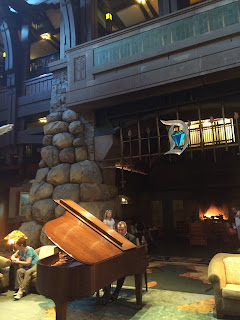 3. The cast members. Ernie brought our luggage up, and gave us all kinds of tips on things like asking for a switch ticket at the attractions (one parent rides with big kid while other parent waits with baby, and the ticket allows the other parent to then come back and ride with big kid without waiting in the regular line), the special World of Color viewing deck at the hotel, and early admission Magic Hours, where guests enter a park (it varies day to day as far as which park) an hour before it opens to the general public. His enthusiasm was contagious!

4. The Hearthstone Lounge offers comfy chairs and (on chilly mornings and evenings) a cozy fireplace, plus adult beverages. They also open at 6a and serve caffeine and juice and pastries; I was thrilled to be able to get a really good soy latte here! 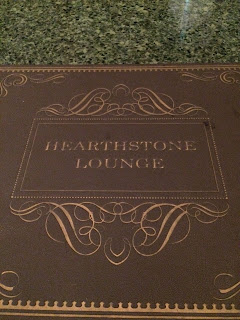 5. The pool. It's really a collection of pools and hot tubs, with a tiny water slide for the little ones and a bigger, swirly one for adventurous kids of all ages. During our visit, Pluto showed up for a fun pool party and to lead the kids in games, and Disney movies (like FINDING NEMO and ENCHANTED) were being shown poolside every night. 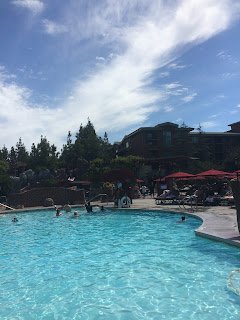 6. The rooms. The first time we stayed at the Grand California, our train-obsessed son was two, and we had a “Monorail View” room; he had a great time sitting on the patio and waiting for the Monorails to come roaring through the hotel complex. Check out the different kinds of rooms, as some offer fun features like bunk beds! We also had a fridge in our room (great for storing healthy snacks we brought from home), and a generous bathroom/vanity area.

7. The food. The kids had the best time ever at the Chip ‘n Dale Critter Breakfast at the Storytellers Café! The food was delicious, and the characters come around to each table to greet the children. You can also pick up a quick meal, some basic grocery supplies for the fridge in your room, and snacks at White Water Snacks, or have an elegant meal at Napa Rose, which serves seasonal cuisine. 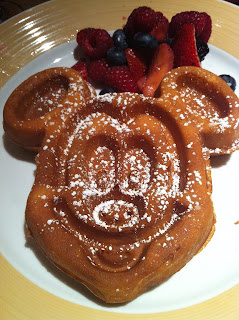 8. The private entrance to California Adventure, and access to Downtown Disney. Needless to say, the line to enter the park is MUCH smaller here than at the main entrance, and it is also nice at the end of the day to have a shortcut back to your room, especially if you are carrying a tuckered-out child. The hotel also opens right on to Downtown Disney, with tons of great food and shopping and entertainment. During our stay, there were some special offers for Downtown Disney, and our son got to go to a “Master Class” at Build-A-Bear Workshop an hour before the store opened.

9. The architecture. I mentioned the spacious lobby earlier, and I have to include the overall gorgeousness of the Grand Californian on this list. You are in the middle of Anaheim, but at the same time it feels like you are at a cozy lodge in Northern California! The style of the hotel is based on the Arts and Crafts movement of the early 20th Century, and if you would like to learn more you can take a hotel tour (I was so bummed that I missed it during our stay!) or pick up a book in the lobby. Also, as you are rushing around, glance at the beautiful artwork on the walls. We had a lovely painting of Snow White in our room!

10. Pinocchio’s Workshop. At some point, you might need a break from the kids. Enter Pinocchio’s Workshop, which is for ages 5-12 and open seven days a week from 2p-11p. You can drop the kids off and know that they are having fun playing while you enjoy a quiet dinner, time to relax by the fire, a spa treatment, or maybe you even sneak into the park to ride the grownup attractions, or grab a much-needed nap.

Bonus: Ask about the Grand Californian’s scavenger hunt, where you answer questions about different park attractions for a special prize. It's very challenging and fun! 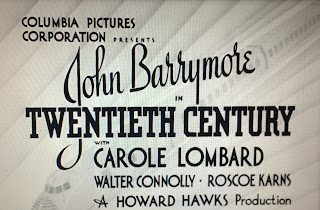 Thanks to Crystal, who runs a terrific blog called In The Good Old Days Of Classic Hollywood, for including me in her Barrymore Blogathon! My entry (through my Classic Movie Recall podcast) is on John Barrymore (Drew's grandfather) in TWENTIETH CENTURY (1934), and you can check it and all the other great Blogathon pieces out here. 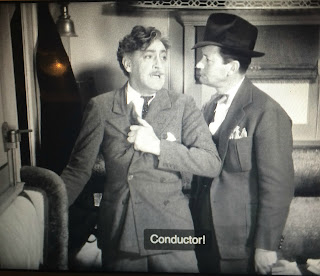 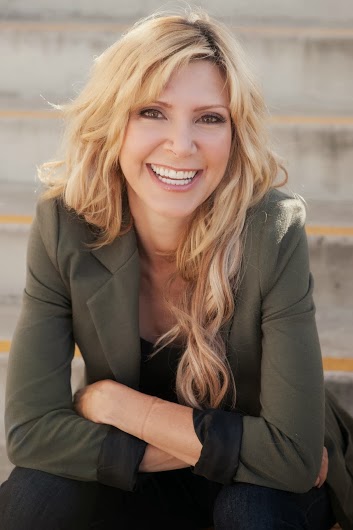